We are about 2 months into the 2019-20 NBA season. Luka Doncic is in his second career NBA season but you would not know.

This young 20 year old player is playing like a seasoned veteran. I knew he would be good but I did not see him being this good, this early in his career!

With this great start to the 2019-20 NBA season, Luka Doncic rookie cards have exploded in price! All of Luka’s rookie cards are on fire! Even his base cards!

At the start of the season, collectors thought that Zion Williamson would be dominating the market.

With the start that Luka has had and the fact that Zion has not made his NBA debut yet due to injury, Doncic rookie cards are driving the basketball card world right now. 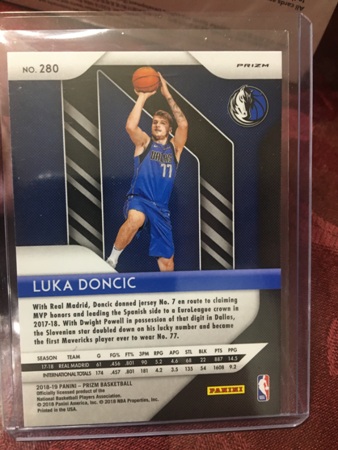